Stef ABtv is an automotive lifestyle YouTuber, Alfa Romeo 4C owner, and hothatch lover from the UK who regularly hosts drives on the app! RoadStr recently caught up with Stef ABtv to know more about his automotive inspiration, his plans for the Alfa Romeo 4C, and more. Make sure to follow him on RoadStr @stefabtv

What inspired you to get into automotive and the YouTube space?

I’ve always been into cars. From an early age my Dad always had cool cars and I was fortunate enough to experience first hand what performance cars are like. He used to have a Peugeot 205 T16 which was so raw and sounded incredible.

I quickly got the bug for cars and owned many cars over the years. I found myself in an Abarth 595 Competizione. I bought it to save money to buy a house but then thought it would be cool to put a big turbo in the car and run some serious power. I wanted to document my journey so I would have memories for myself but also to show my Dad who now lives in Spain. I didn’t know how much of an audience it would reach! It was clear there were people who were interested, and over the first year the channel grew and I guess the rest is history!

What do you want the Stef ABtv brand to represent?

Stef ABtv has evolved into a brand that provides value to people through not only car reviews and modified car features, but most importantly it shows my own journey. I would like the brand to show anyone that if you have the passion to succeed and the determination, then anyone can do the amazing and very fortunate things I do.

Flying around the world filming cars is something I never thought would be possible. I am enjoying every minute of it and am so grateful to the amazing audience who make it all happen! Without viewers, us YouTubers are nothing.

What aspect of RoadStr do you enjoy the most?

I love roadsharing. I think it’s very cool but the best part is meeting so many people with different cars. It’s great because everyone is there for the same reason. To share their passion for driving.

What cars have you had over the years, and any favorites?

I spent the majority of my younger years spending student loans on cars. I’ve had a lot of cars! Not the best financial decision, but I do not regret it as I was able to drive loads of epic cars before having to get serious with life!

I’ve had the following cars:

I think my favourite car is the 4C. It’s a car I have wanted to own for so long and have now achieved that goal. It’s also such a special car to drive. Definitely not a daily car though!

Any plans for the 4C?

I have a few ideas up my sleeve but I don’t want to go to crazy with it. It’s a purist car. OEM+ is the look I like on cars. I have already put spacers on the car and might be doing a few other things soon!

What do you think is the perfect formula for a fun car for people under 35?

It depends what you are after. For me I love the idea of a rear wheel drive car with around 300bhp. I think it’s the perfect formula. Enough to have a lot of fun. But not enough to kill you!

Hot hatches are also great cars to have fun. They pack lots of character and have a huge modification scene behind them.

What are your dream cars to own and why?

My dream car would be Lamborghini Huracan Performante. There is something about that car. I love the looks, the forged carbon and of course the naturally aspirated V10 engine that sounds incredible! Maybe one day I will own one! 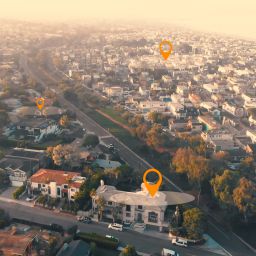 RoadStr is all about sharing our passion, meeting new friends, and best of all, going for drives! Turn on RoadSharing Mode and go on drives with other users. Check out our latest video filmed and edited by @angelaltes where local users meet for a fun canyon drive.